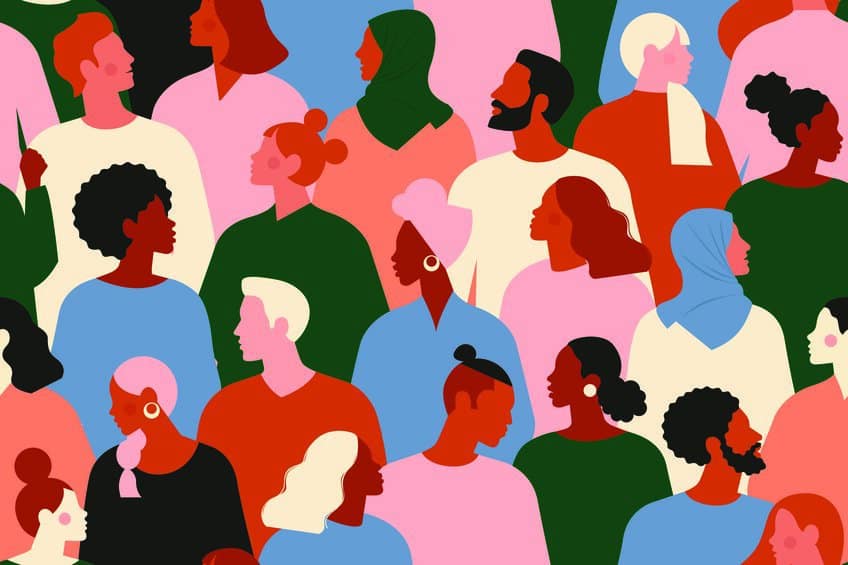 Even before the tragic death of George Floyd in June of 2020 and the Black Lives Matter movement that has gained significant world-wide traction, there’s long been a concern among lawyers that cases involving race issues will be decided along racial lines. This is certainly a valid concern. However, the last thing you want to do is assume that jurors will make decisions along racial lines. Putting aside Batson concerns, untested assumptions about jurors are often wrong and can easily lead you astray. If you have this concern about any of your upcoming cases, you would be wise to conduct some sort of jury research to see if, how, and why race (or attitudes about race) might impact a juror’s decision-making.

What is the proper way to assess jurors’ opinions when it comes to racial issues? If you want to hear what jurors honestly think about race and how it might impact your case, avoid asking direct questions about big social movements and polarizing headlines. That’s because the big movements are controversial and no juror wants to feel judged or pidgeon-holed by sharing his or her opinions. On the other hand, there may be a point in time when it makes sense to ask how a juror’s values and opinions have been impacted by current events. However, that time is never in the beginning of your questions and only when your facts are consistent with what’s being covered by the news.

The following voir dire questions provide you with a sample of approaches that allow jurors to easily talk about race in the context of an employment case. However, you will see that many of these questions could easily be used in any type of case where race is an issue:

Express the Bias that Could Hurt Your Case the Most

Question #1 includes the phrase “cultural insensitivity.” By doing that, a defense lawyer is broadening his or her net to capture the greatest number of jurors who are most concerned about combating discrimination in the workplace.

Question #2 inserts the phrase “overreaction” and the concept of comments being “harmless.” By inserting “overly sensitive” and “harmless comments” into the question, a plaintiff’s lawyer makes it easier for someone who already feels that way to readily agree.

Question #3 gives you a sense of what people are accustomed to in their workplaces, which is often their reference point for judging a case.

The follow up questions are helpful to both plaintiffs and defendants. For example, after a juror discusses a situation, try asking, “Do you think a lawsuit should have been filed?” Not only will you learn whether the juror views the situation as harmful or harmless, but you also will learn how the juror feels about lawsuits. Most people think lawsuits should be reserved for serious, non-trivial matters. So, if a juror describes a horrible situation but thinks a lawsuit would be overkill, that would give you a realistic sense of how this juror might assess your case. In contrast, people’s stances on the big movements and headline news don’t inform you about their relevant experiences and how they might relate to your case. That’s why juror’s answers to questions on topics like Black Lives Matter, MeToo and Donald Trump’s presidency are more likely to lead you astray.

During Voir Dire, Hot-button Issues are Best Treated with Subtlety

Q: Have you ever worked in a place where there were tensions based on age, or gender or race or national origin? If yes, describe what you think was the cause of the tensions.

“Tension” is subtle, but has a very real presence in people’s workplaces. You can learn a lot about jurors’ real-life experiences when you ask this question. By including age and gender and national origin, (and you can include any grouping you want here), you make it easier for a juror to answer. I’ve heard African American men experience discrimination from African American women, and vice versa. I’ve heard of a lot of conflict and tension between African Americans and Asian Americans. I’ve heard of tensions between people born in India having to work with people born in Pakistan. Whether you represent a plaintiff or defendant in a race case, you want a sense of whether jurors have experienced anything close to the type of conflict presented in your case.

People will admit their racial biases if you ask the right question.

Q: Have you ever had a bad experience with someone who was of X race [the race of the important person in the case]?

Depending on how bad the experience was, this question can easily lead to a juror’s excusal. For example, in a jury selection involving an African-American male defendant, a female Middle Eastern juror reported being hazed and harangued by African-American males when she was in high school. The experience was a bitter one for her due to the offensive comments that were directed towards her. Because she was the victim of those comments, she freely discussed them without fearing that she herself would be perceived as a racist. The bad experience also made it easy for her to admit that she would not be able to be fair.

An important caveat is whether or not a juror’s beliefs on a topic like race discrimination are being honestly shared. I used to count on the fact that most jurors honestly disclose their beliefs during voir dire. Polarizing world events, combined with the heavy influence of social media, have revealed the danger of this assumption. If your case involves an issue that makes people feel impassioned or angry or one-sided about things, you will have to seriously consider engaging a social-media investigator to uncover their online beliefs that conflict with what a juror says in open court.

Read more about how social media research can protect you from jurors who misrepresent themselves during voir dire in Carolyn’s article published by NACDL’s The Champion: “Social Media Research – A ‘Must’ When Selecting a Jury.”