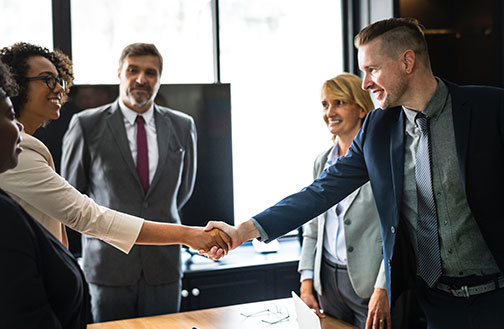 Trial lawyers have a secret weapon that lets them to know – before trial – the true value of a case and its likelihood of success or failure in front of a jury. It is a mock trial. Yet, in my experience as a trial consultant, only rarely am I retained by corporate defendants who have just as much – if not more at stake than do the plaintiffs suing them.

While some companies occasionally employ trial consultants to help determine the risks on one or two special cases, far more could benefit if they routinely relied on mock trials. Not only would they truly understand the nature and seriousness of the exposure they are facing, but by doing so, could save millions of dollars. A mock trial demystifies a case, revealing how real people (not lawyers or corporate officers) will see the issues. Without this knowledge, too many businesses are terrified at the prospect of a jury verdict and proceed blindly, overpaying on some cases and offering too little on others.

Ironically it is the plaintiffs, often with no litigation budgets who muster up the resources for a mock trial. Theirs is a once-in-a-life time case: they must make it happen because so much is at stake. But it makes even more sense for corporate defendants: they face scores of lawsuits over a business life-time. By integrating mock trials into their risk management approach, decision-makers could minimize litigation costs and punishing verdicts – not in just one case, but in every case.

Only a mock trial can deliver a realistic assessment of case value.

While plaintiffs sometimes turn down reasonable settlement offers only to later lose, quite often it is the corporate defendant that gets burned. I have repeatedly observed situations where a plaintiff sponsors a mock trial only to learn that a “valuable” case was deemed worthless by a jury. And yet, the defendant has no idea. For example, I was retained by a plaintiff’s lawyer bringing a bad faith case against an insurance company. The plaintiff’s teenage daughter had been killed in a car accident. They had wrongful death coverage should any family member be killed by an underinsured motorist. It took the insurance company one year to pay the underlying claim because they questioned the amount of the daughter’s future earnings.

The parents were extremely hurt by what they perceived as slights against their daughter (the insurance company asked for SAT and I.Q scores, and doubted that she was college-bound). Their lawyer felt that the company’s actions could translate into a million-dollar verdict by an angry jury. He was especially hopeful that jurors’ dislike of insurance companies would play to his advantage. However, he was wise to realize that the case value was entirely dependent upon emotions since the underlying policy had been paid. Jurors would simply decide whether the defendant’s behavior was bad enough to warrant additional money damages.

The two-jury mock trial demonstrated that sympathy played no role in jurors’ decisions. The fact that the plaintiffs brought the lawsuit after receiving the full policy payment turned jurors off. They wondered why the family was so focused on money when they should have been grieving the loss of their child. As for anger at the insurance company, they thought its behavior was par for the course. None thought a year was too long a time to settle this claim.

Nor did jurors penalize the defendant for behaving like a cold-hearted business. In fact, that was our argument for the defense: “Insurance companies aren’t in the sympathy business and they don’t give away a million dollars without first doing their homework.” Jurors readily agreed. According to their individual answers on written questionnaires, only three out of twenty awarded more than $50,000. Their deliberations also resulted in nominal damages. Not surprisingly, the plaintiff’s lawyer snapped up the defendant’s $500,000 offer, knowing that a real jury probably wouldn’t come close to that amount.

Had the insurance company invested in a mock trial, it would have learned the same thing. It also could have had the upper hand during settlement negotiations by offering a much lower amount and challenging the plaintiff to conduct his own mock trial. Or the defendant could have proceeded to trial. Though a trial is always a risk, the mock trial indicated that even a plaintiff’s verdict probably would have cost far less than $500,000.

Mock trials can reduce verdict exposure as well as litigation and settlement costs.

Quite often, a corporation isn’t just facing one lawsuit but defending multiple claims brought by different litigants, all suing over the same situation. Reductions in Force (RIFs) are a perfect example. I was retained by a company that laid off a percentage of its workforce over a period of years. Many employees over the age of forty sued for age discrimination. The defendant felt justified in its lay-offs but was blind to how jurors would view its treatment of long-term employees. We conducted a two-jury mock trial for the first of several cases that the company would have to try or settle. This was a good strategy since the first case is often precedent-setting for formulating a defense strategy, as well as the settlement behavior of each successive plaintiff.

This case involved a plaintiff employed by the defendant for thirty years, who had no documented performance problems until the reorganization. At that point, he was given a new boss who repeatedly criticized him. His personnel file was suddenly “papered;” he was demoted and eventually terminated. The company claimed that it was just instilling new standards in the face of tough economic times.

Part of the value in hiring an outside expert for mock trials is that it is difficult for one litigant to do justice to the other side’s arguments. This company saw no merit in the plaintiff’s case. From my experience with many employment cases, I thought otherwise. First, long-term employees often garner great sympathy, not because jurors are pushovers, but because of common-sense assumptions. For example, jurors assume long-term employees must be good performers, otherwise they wouldn’t have lasted so long. Also, when a personnel file is suddenly full of complaints, jurors suspect that someone is being railroaded out of a job.

In this case, jurors took umbrage at what they viewed as cruel treatment by the defendant. They thought the supervisor was unreasonable and the demotion undeserved; a contrivance to justify the eventual termination. Here the defendant thought it covered itself by documenting performance problems but the jurors disagreed: they saw the unjust destruction of a man’s otherwise unblemished thirty-year career.

The twenty mock jurors’ individual awards averaged $300,000 but many were willing to award double or more. Before the mock trial, the company refused to settle for anything close to $100,000. One the eve of trial, the plaintiff demanded $200,000, the defendant whittled it down to $140,000 and the plaintiff accepted. Because this company rejected the mock jurors’ criticisms, it never realized that even $200,000 was a fair deal. When facing the second plaintiff’s trial, they continued to low-ball. This plaintiff was not willing to accept less than $200,000 and won more than $1 million dollars from a jury.

By ignoring the mock trial results from the first case, the defendant lost all possible leverage in the subsequent cases. Once the other plaintiffs learned of the million-dollar judgment, none were willing to settle for what they considered to be “peanuts.” The defendant’s intractability was costly: Not only does it have to pay ongoing legal fees, but it now has to face plaintiff after plaintiff, all marching to court with the hopes of winning the next million dollar judgment. Had the company taken the mock jurors’ criticisms seriously, it probably could have settled the subsequent cases for a fair (and even low!) amount, sparing it hundreds of thousands in litigation costs and negative publicity.

A mock trial can produce a “blueprint” for jury selection.

A mock trial reveals more than just wise trial and settlement strategies; it also provides the best preparation for jury selection. When properly conducted, a mock trial can reveal connections between jurors’ pre-existing attitudes and how they ultimately view the case. This takes some of the guesswork out of jury selection, helping lawyers make better decisions instead of relying mostly on “gut instincts” and outmoded stereotypes. Here’s an example from a breach of contract case where millions of dollars were at stake:

This mock trial was sponsored by the plaintiff, a small company that tried to launch a new business with the financial support of a larger company – the defendant. The parties created three separate documents that defined their relationship. The plaintiff was suing for $50 million dollars and claimed that the defendant destroyed its business by refusing to live up to the second document, which the plaintiff believed reflected their true intentions. The defendant claimed that the second document was meaningless because the third document replaced it.

Profiles of best and worst jurors

Jurors were asked relevant attitudinal questions before hearing the facts of the case and we found that their pre-existing attitudes did in fact correspond to their ultimate decisions. Of the twenty mock jurors:

Had this case not settled, the litigant armed with these insights could have used this information during jury selection, making much more informed decisions than his opponent.

It is time for corporate defendants to consider a fresh approach: before putting a dollar on the table or stepping foot in the courtroom, they should first learn what a case is truly worth. All it takes is one mismanaged case to send costs spinning out of control with unexpected verdicts, multiple settlements, post-judgment interest, and legal fees for new trials and appeals. It is penny-wise and pound-foolish to spend money this way when a mock trial can contain costs efficiently and consistently. If companies started to rely on this process as an integral part of their defense effort, they would realize what many experienced trial attorneys already know: there is no better way to manage litigation risks without making costly mistakes